Cannes is one of the most famous resort areas in the world, and International Yacht Charter Group's specialists have access to every fully crewed, charter yacht available in the South of France.

Cannes- Known Around The world

Cannes, an elegant city known around the globe, is home of the Cannes Film Festival and some of the finest stores in the world. The arts thrive in Cannes with the annual film festival and presentation of the Palm d'Or. Sandy beaches and stunning yacht after yacht dot the coastline here. A privately crewed yacht charter in Cannes can be planned alongside year long festivals and events to cruise the coast of the south of France.

While in Cannes, a charter can let yourself choose the time and place of your arrival plus length of your stay in Cannes. All along the waterfront runs the legendary la Croisette. This is where millions of people watch the glittering celebrity turnout for the Cannes film festival every year, and where those with A-list taste can indulge at the couture fashion houses tucked between the luxury hotels, such as Chanel and Christian Dior. Lining the beach are dozens of restaurants which also rent sun loungers, some of which morph into funky nightclubs when the sun goes down.

Cannes' real source of international renown and critical acclaim is the prestigious Festival de Cannes, a days-long event that celebrates cinema and awards outstanding films. The Festival de Cannes was initially established to rival the Venice Film Festival's lofty position as an international, cultural event. The film fest continues to evolve and stay relevant even today. A noteworthy addition is 'Cannes Classics', which brings cinematic history to the forefront with its restored presentations, tributes, and thematic retrospectives. 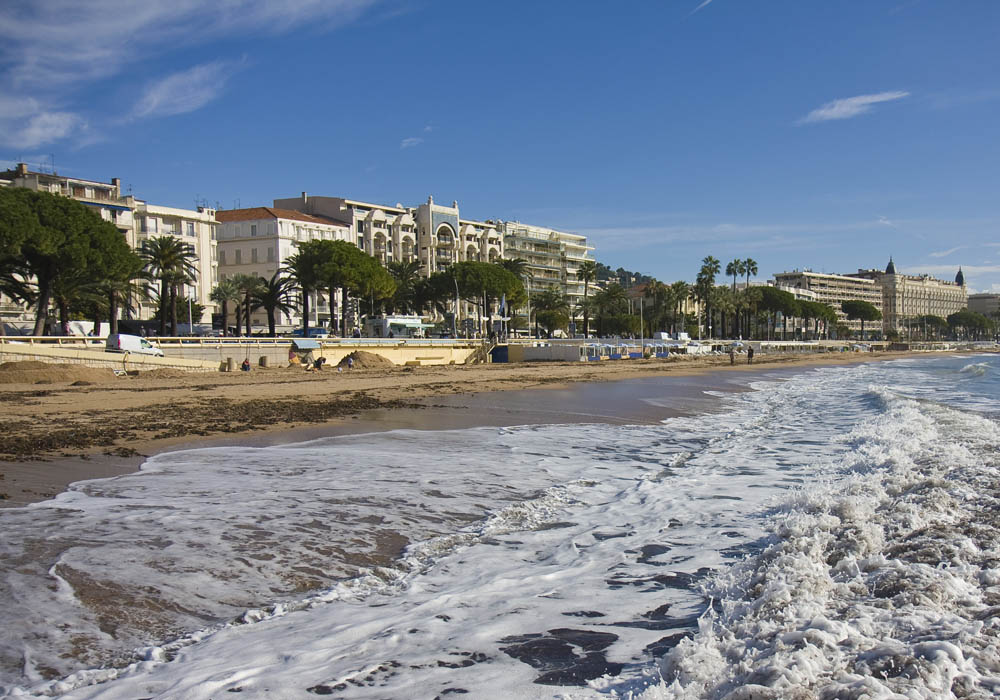 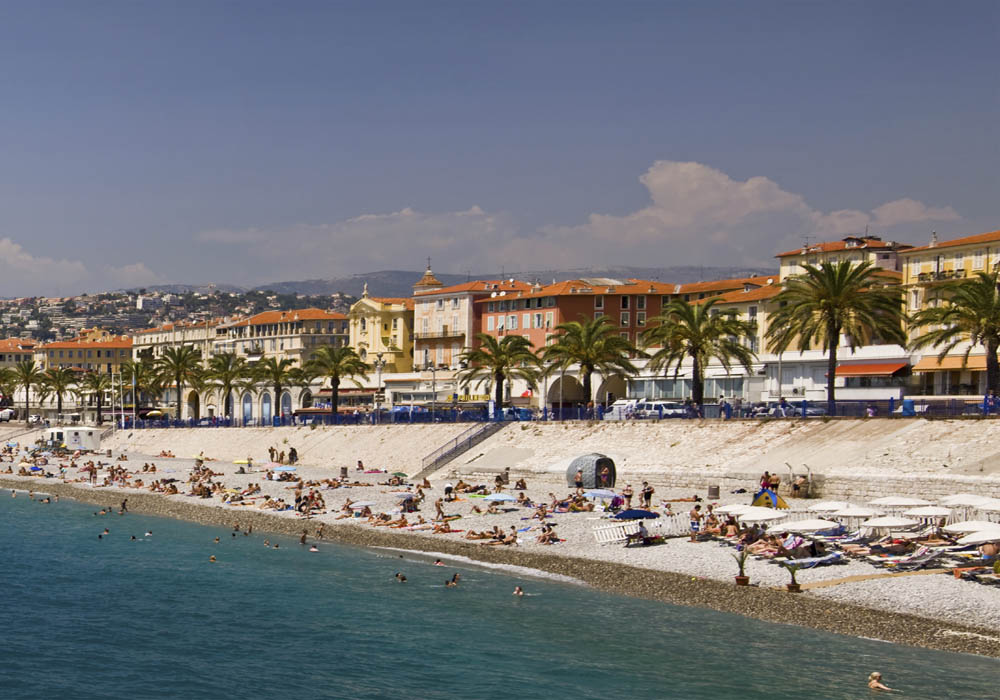 Though Cannes established independence from the monks running it back in the 16th Century, it was not until the 20th Century that the present day Cannes took shape. This time period saw the emergence of fancy hotels (such as the Miramar and Martinez), a modern sports center, street cars, and the summer casino at Palm Beach. Now visitors can cruise the cobbled streets of Le Suquet to experience great views, fantastic architecture, and fine French cuisine. All along the waterfront runs legendary la Croisette. A place where millions of people watch the celebrity turnout for the Cannes film festival every year, this is a palm-lined avenue near the water, perfect for beach views, window shopping, or resting with a cafe au lait. Toward the end of the avenue is the acclaimed restaurant La Palme d'Or.

For shopaholics, rue d'Antibes runs parallel to la Croisette and is crammed with everything from typical French high street fashion to designer shops. The Old Town of Cannes has its own charm including a covered market that sells local produce and flowers; the produce is expensive but high quality, and the flowers are a bargain, especially the roses. For those long summer evenings, go for dinner in the Old Town. Walk up the cobbled rue Le Suquet and rue Petit Antoine where little intimate restaurants abound.

Near Cannes lies a group of small islands called the Iles de Lerins. Just a short distance from the old port of Cannes, St. Honorat, and Ste. Marguerite are a breath of fresh air. The old abbey on St. Honorat, first established in 400 A.D. and rebuilt in the 18th century, has laid a blanket of calm over the island. Both of the islands are criss-crossed with walking trails, which are so gentle they are perfect for the least active of visitors. It is worth going just to check out the abbey, which is still a functioning monastery for Cistercian monks and also provides accommodation for anyone who wants to stay a little longer. Ste. Marguerite has far more colorful history than her brother island; Fort Royale (built in 1712) was, for a time, home to The Man In The Iron Mask, before he was shipped off to the Bastille where he spent his remaining years. Fort Royale has been used as barracks over the centuries and you can see the updates. It is a short walk from the port and makes for an engrossing trip. 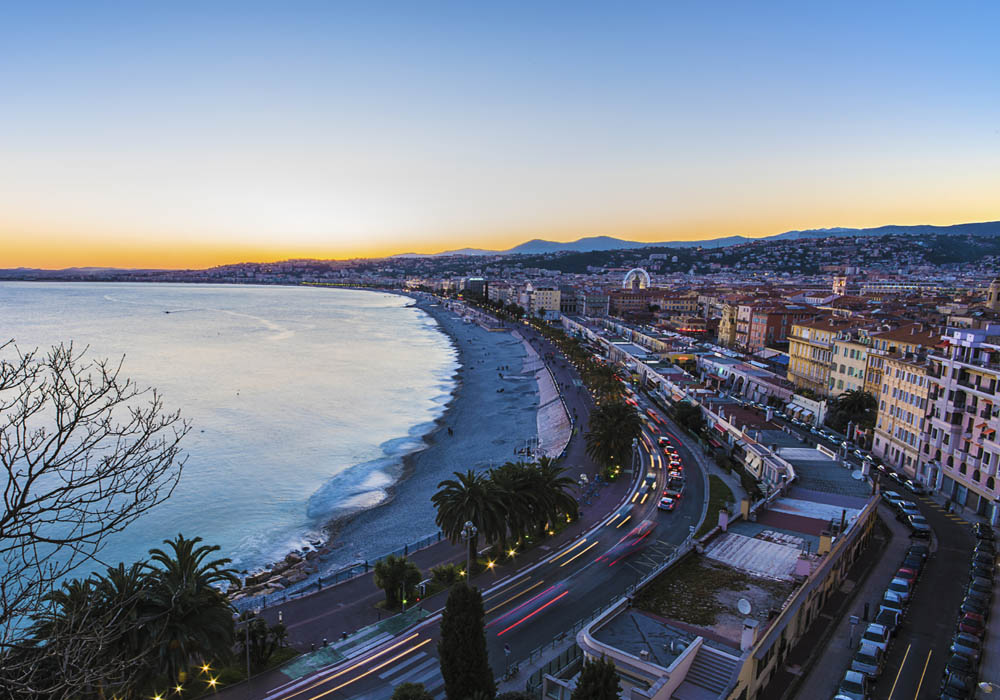 Find Your Perfect Yacht For A Visit to Cannes

Select a yacht type and your budget below to see charter yachts that we have in our online database. We do not have every available yacht online, many more yachts are available by contacting one of our specialists.


Ready to Learn More About Cannes and Arranging a Charter There?

You have found a company with the largest choice in crewed charter yachts available on the French Riviera. We provide free, friendly, and unbiased advice seven days a week.

We do this everyday for clients, and it's our goal for our clients to benefit from the knowledge base we've been building for years. You'll speak to an authority about your Cannes yacht charter without any obligation on your end.

Have general questions about yacht charter from Cannes? We have answers for you.