Visit Corsica and Sardinia on a fully crewed, private yacht.

Sardinia and Corsica are large islands west of the Italian coast and form cruising grounds for charters by themselves. Yacht charters visiting Sardinia or Corsica are often started on Porto Cervo on Sardinia or Calvi on Corsica. Both Corsica and Sardinia have international airports allowing direct travel to them to begin your private charter.

A distinct region of Italy and the second largest island in the Mediterranean, Sardinia has a culture and flavor all its own. Visit the island in a yacht charter that matches your personal taste and style. We have an extensive selection to choose from, and our specialists can help you identify the ideal yacht for your charter in Sardinia and Corsica.

Sardinia is known for its beautiful beaches, archaeological ruins, and charming little sea towns. Cruise the emerald waters in the coastal area of Costa Smeralda. An exclusive vacation spot, many of the world's elite choose this part of Sardinia as a yacht destination.

Hotel Sporting, just off the marina of Portorotondo, is a hideaway for the rich and famous. Although the marina is small for charter yachts, it's built in the traditional style with local materials, and is a little labyrinthine. Small bars, designer shops, galleries, and restaurants are scattered all over the marina and make a pleasant way to spend a few hours. For the aspiring golfer, you're also within a stone's throw of the gorgeous Pevero Golf Course, easily one of the most beautiful courses in the world. But the best way to spend the day is to take the tender over to Cala de Volpe or to Ira Beach with a picnic, under a beach umbrella. 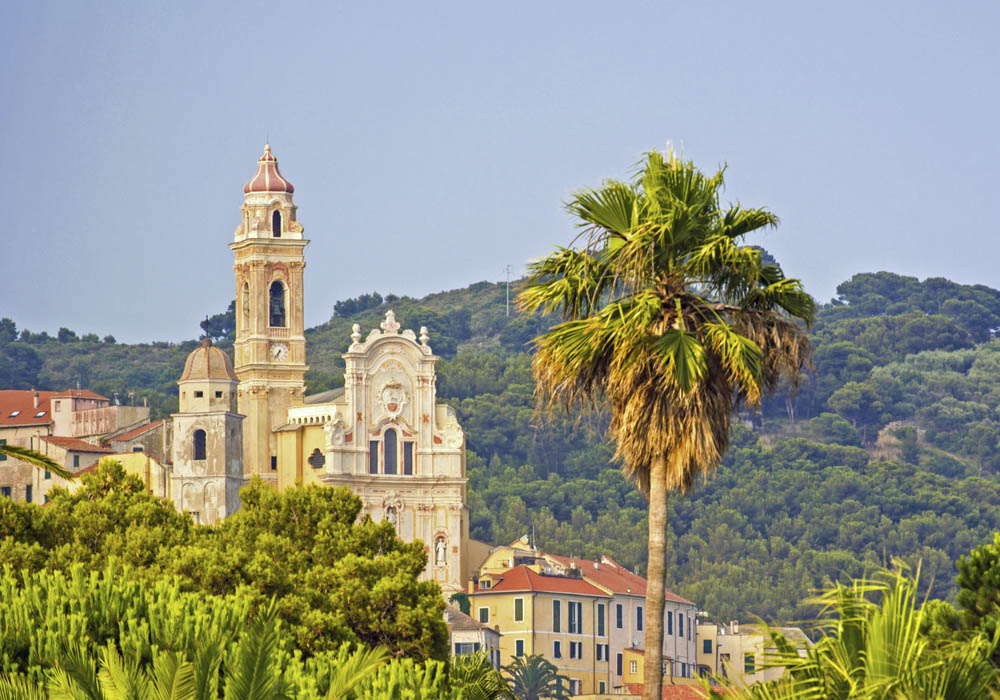 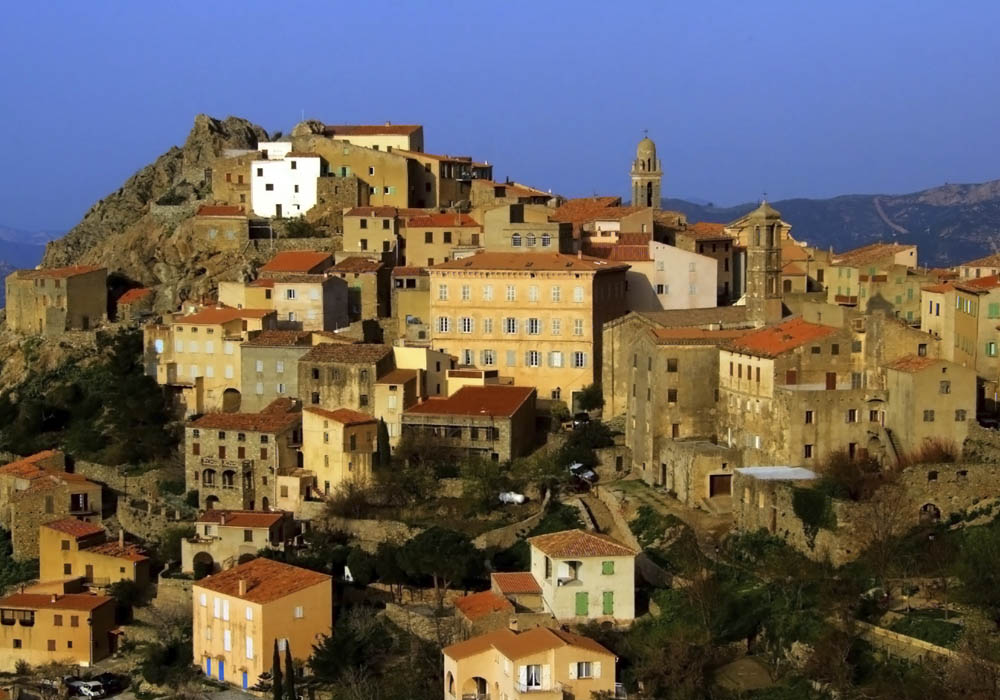 Porto Cervo is a tiny port, but it's always jam-packed with the most beautiful luxury yachts in the world, and frequently, faces known all over the globe. The port is ringed with traditional style residences, in particular the lovely Residence Bouganvillae. Skirting the port and over a pretty little bridge is a small complex featuring bars, shops, and restaurants.

In stark contrast to the high-profile Portos Cervo and Rotondo, Cala Gonone is situated right at the very edge of the heart of wild Sardinia, Golfo di Orosei, and Gennargentu National Park, which are regular spots for all lovers of the outdoors but most of all, climbers. Frequented mostly by Italian tourists, it's just a short boat ride away from the Grotta del Bue Marino ('Grotto of the Sea Ox'), one in a series of often massive caves worn deep into the coastline of Sardinia. Although photography is forbidden in the Grotta del Bue Marino, there are many other spectacular caves to explore, and you can do a tour of your own by taking advantage of the yacht tender. From here you have access to dozens of isolated sandy beaches, many of them accessible only by sea (so guaranteed privacy). A great place for a picnic lunch.

Cagliari is the capital of Sardinia. This vital and bustling town has something for everybody. A large selection of restaurants, shops, beaches, bars, watersports options, and cultural attractions mean that no matter what your mood, you'll find something to fit. The windsurfing here is really good, and there are secluded little bays all around Cagliari with pretty, white sandy beaches to stretch out on. Or amble through the town, and up to the medieval castle of San Michel, which has a magnificent view of the entire harbour. Check out the 2nd century Roman amphitheatre and the National Archeological Museum.

Once a sleepy little village, over the years the Riviera influence has seeped into Calvi, but not by much. The old town of Calvi, fortified like so many along the coastlines of Corsica and Sardinia, dominates, and is a great place to wander. There are quite a few events taking place in Calvi over the course of the summer; a regular draw for visitors is the International Pyrotechnic Festival firework display, culminating in a grand show on 7 July. If you miss that, don't worry there's also a Pyrotechnic Festival on 15th August. The best place to view this is from the Citadelle, but make sure you stake your claim to a prime seat early; the festival attracts around 20,000 people annually.

As you come into the harbour, you get the best view of the town from your charter yacht, Citadelle and all. Once again, fishing is the year-round money earner here, which means excellent seafood. All along Blvd. Pascal Rossini, the boulevard running along the harbour, are restaurants and souvenir shops, most, if not all selling Napoleon souvenirs. Let yourself wander up to the town hall and you'll also find the Napoleonic museum inside, definitely worth a look. For the more serious art buffs or even those who simply know what they like, there is a surprise at the Musee Fesch, just a short walk away: works by Titian, Botticelli, and Bellini. It really is a must-see.

One of the best ever yacht charter moments is coming into the straits of Bonifacio at dawn on seas of glass. The air is completely still and cool, and the sunrise makes the cliffs, which are perfectly reflected by the water below, glow peachy bright. The harbour is very small and normally berths a few significant megayachts on any given day during the summer. There's a single street of souvenir shops and restaurants along the waterfront, and the rest of the town can be reached via steep roads up to the old town. Bonifacio is known for its churches and convents and is a religious town par excellence.

Spend a day exploring the island of Corsica. It's possible to spend a day cruising the natural marine park of La Madelena Archipelago which lies between the coasts of Corsica and Sardinia. Stopping may be in a quiet anchorage for lunch.

"Few people fail to fall in love with Portoferraio. Behind the harbour the 18th century buildings in shades of cream and ochre are tucked under the craggy 16th century citadel....The warrens of alleys and staircases are lined with dwellings, shops, and restaurants and occasionally lead to unexpected views of the sea behind." If you are a student of Napoleonic history, your cruise must include the islands of Elba (Bonaparte's first exile) and Corsica (his birthplace). Elba's lovely little harbor of Portoferraio is guarded by a 16th century fort. Corsicans are a fiercely independent lot and have never been open to the idea of turning their mountainous island into an empire theme park. Even in the height of the season, you may find this island unspoiled and its eastern shore beaches deserted. 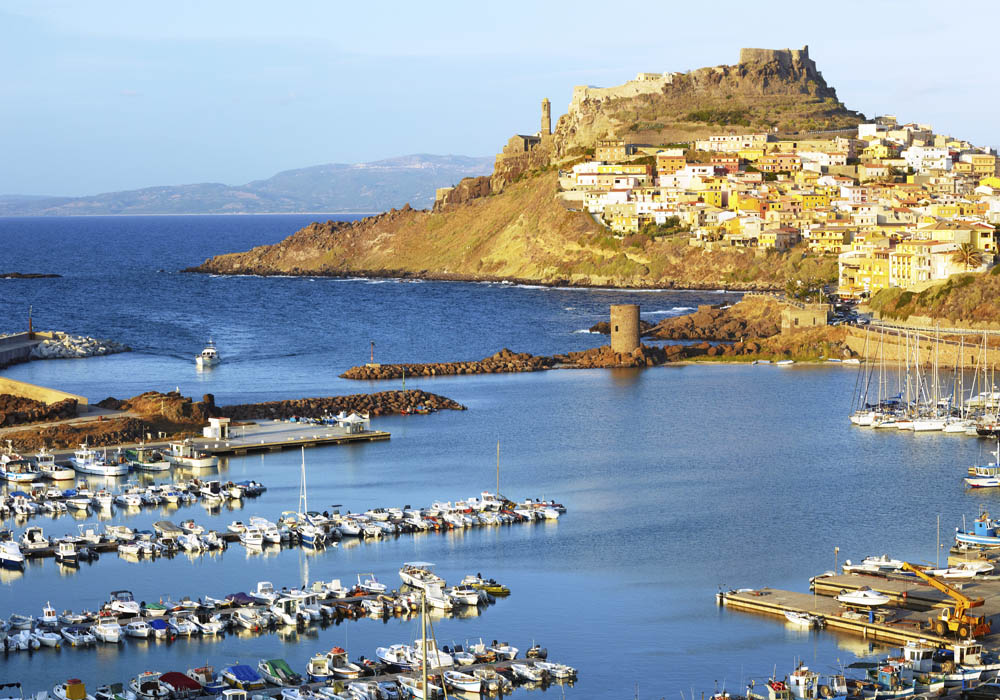 Find Your Perfect Yacht for a Charter in Sardinia and Corsica

Select a yacht type and your budget below to see yachts that we have in our online database. We do not have every available yacht online, many more yachts are available by contacting one of our specialists.


Ready to learn more about Sardina and Corsica and arranging a charter there?

You have found a company with the largest choice in crewed charter yachts worldwide. We provide free, friendly, and unbiased advice seven days a week.

We do this every day for clients, and it's our goal for our clients to benefit from the knowledge base we've been building for years. You'll speak to an authority on fully crewed charters without any obligation on your end.

Have general questions about chartering a yacht? We have answers for you.